Hi everybody, ive finally got back from tassie and got outta melbourne as well. Im taking this week to get up to adelaide and then i'll take things from there.

Heres a few more pics of great ocean rd, me with some mates and also me climbing in the grampians today. 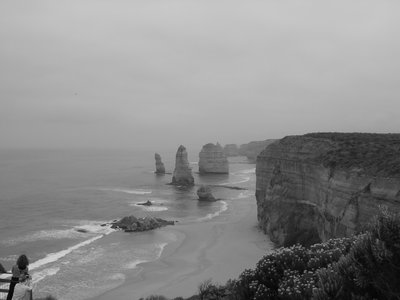 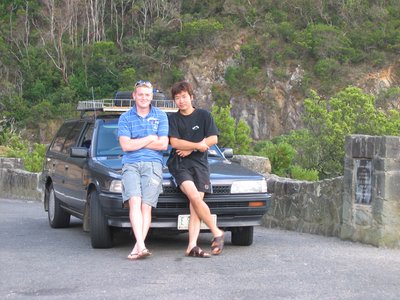 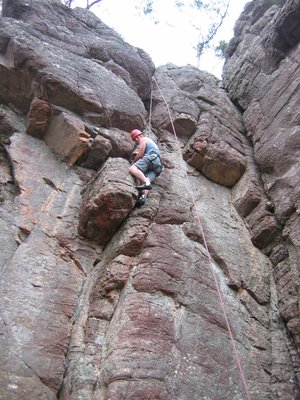 Hi all, suppose youve been wonderin if ive got lost. Not quite, just nice to escape all the techno stuff for a while and live like life really is here in Australia - well Tazzie anyway - feels like its about 15 yrs behind, mobiles dont work in a lot of areas, been working on a farm bringing in hay etc so why would i wanna send emails and call people when i having it so good.

Well enough of the - making you guys jealous - im very well indeed and having good fun, been camping on the beach last night to name some of it. Very few barbies actually (BBQ's for those of you not familiar with the Ozzy linguo) due to a lot of fire bans and searing heat in Victoria.

Been here in Tassie almost a month now - its a tad cooler and somewhat greener and more laid back. Im enjoyin it - the travelling part, not the work - picking raspberries 9 -5 for a while is boring and the money, well you dont wanna know - if it were good youd be here too. Well i better go, got a limited time on here and yeah itd be nice to have a email or two from someyas, not much response from some people out there! would appreciate some feedback or questions. (Feeling wee bit low on Vitamins there)!! hahah 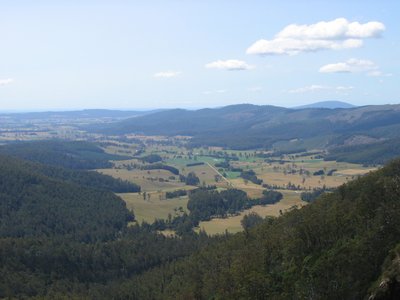 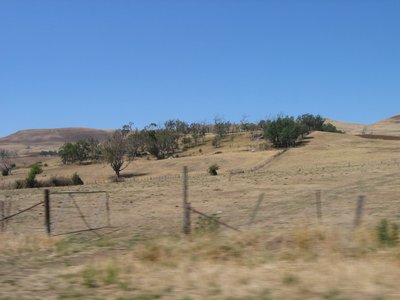 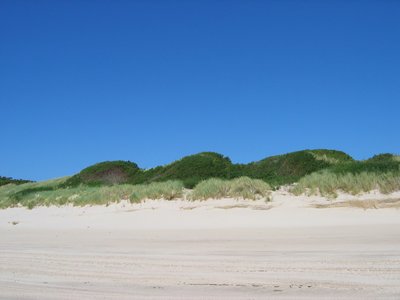 The Beach where we camped at Hells Gates (got the photo of the sign to come). 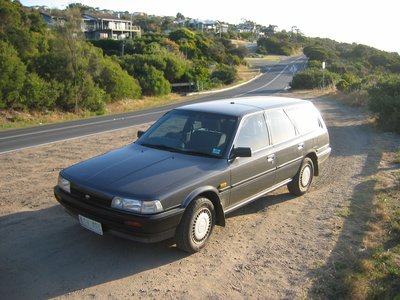 The Wagon - for those of you waiting to see the mota. 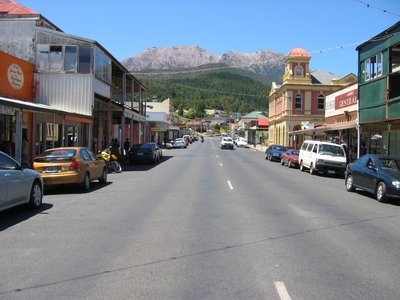 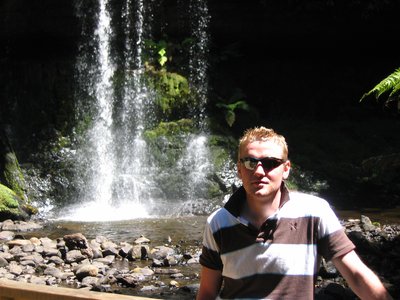 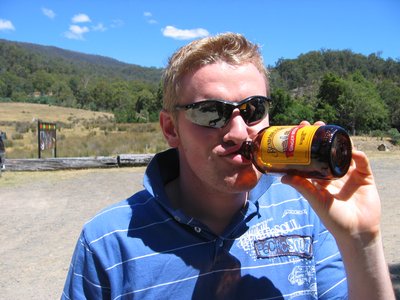 Had give this a go - was at the 'something WILD sanctuary' and it was just too hot!

Hi all, dont be worrying - when you see some of the pics you'll be all wishing you were quit your jobs and here as well.

Im doing fine, eating plenty of the healthy local produce (though somewhat slightly different in Malaysia than Thailand) and so are the side effects - interpret for yourself!!

Its been a while since i posted on here - so Ive been to see the floating market and Tiger Temple last monday.

Its bout a 3hr drive one way to Ratchanburi outside Bangkok. Long day but saw plenty and met even more people as well, ozzies, brits, germans, dutch etc. So im not alone nor missing home either - sorry to say it but i suppose some of you figured it out!

Since Monday i moved to Ko Samui island to what - just the norm - laze around on the beach - not just - im no beach kido! So i hired a scoota and on the way to find gas, 3 more brits were looking for the gas station as well so they followed and so the tour of Ko Samui began. Travelled round the island in a day (a wet one - for the rains came down, and we got soaked!) on the scoot - well considering the scoot only cost 3 quid a day and about 1.50 to fill it (which lasted two days).

Second day i hired it again and things were much better! So what else did i do - yea, sat about, met more people, sweated most of the time!

Left Ko Samui on Fri afternoon to head for Malaysia/Thai border still abit worried bout the fighting situation there! but i went anyhow - with armed protection - army and police boarded the train at Hat Yai (bout 4 hrs from the border) and kept watch but nothing happened thankfully - Uzi's and M16's on hand for you who are interested. Did feel a wee bit hairy mind you but i made it over the border on Sat afternoon safe and sound.

Well what now your wondering ??? - stayed in Khota Bharu for one night and as was wet etc I figured i move on to Taman Negara National Park. So here i am after a long day of getting here first, then jungle trekking, then cave exploring and now im off to do a night safari in the 4x4 in an hour or two.

So bye bye for now to all and keep in touch!
Ed

Hi all. Well arrived here safely thankfully. Had a good flight, most of which I slept. (Sleepy head)

Grabbed a taxi into town to my hostel which took an hour amongst the throng of rush hour traffic in and around Bangkok. It cost about double what it was supposed to, i found out - so one to watch out for you potential comers. Quite mixed feelings of wonder and worry as to where i was going and if id even get there but i did and in one piece.

Spoke with some guys staying here from UK, USA and Canada who pointed me in the right direction for some noodles to start, after getting my bed sorted and airconned 'extra' but well worth it - its 33deg here. Got my noodles down with some difference and headed for bed - finally got to sleep after much thought (bout returning home - its just so different when everythings not in english as you expect) and heat adjusting about 3am.

Well had a better day today just taking everything in, on the way to meet some friends (Tim and Don)from America and Canada respectively who are doing the same.

So after finally meeting them which took about 2 hrs to find them at their hostel via subway, then river express boat (down a wee back 6 ft wide river) and then a walk with a local boy who thankfully decided who take a tuk tuk

after we'd been walking 20 mins and who paid for it - so thanks! whatever his name is - the thai's are friendly and very helpful even without much english.

Did some sight seeing and walked along Khao San Rd (Taxi Pic) just to take in life in Bangkok.

So Im just back here bout an hour ago and yeah had a tiring but good day, though somewhat different in every way - food, traffic, people etc.

all right guys! im almost there! just gotta get back from my wee pre-cursor tomorrow night and thats me ready for some big action. (Been in Geneva since yday on business) Nice to get around. If i dont say my goodbyes to lots of you at home, well i'll say em now! bye bye! and if your feeling nice - a donation is appreciated - pm me for the bank account no. Much appreciated.

Well im off to finish seeing round Geneva for the day and tomorrow before winging it back to the emerald isle to pack the bags once more! So bye bye and adios to you all.